Florisa Peshlakai’s preschool classroom has a comfortable, welcoming energy. Everything from the colorful art on the walls, to the playful rugs on the floor creates an inviting, warm, nurturing space. Peshlakai shares her classroom with two para-pros, Natalie Kawano and Marlina Benallie. Throughout the day you may find the students sitting on a rug listening to a story, working together at a craft table, or numerous other activities.

Peshlakai is preschool teacher at Page Preschool and an Indigenous Early Childhood Educators Fellow at Northern Arizona University. She started with PUSD in 2015 as a para-pro, and the next year moved into a long-term sub position. In 2017, she finished her Master’s Degree with NAU with a Masters in Education with an emphasis in preschool teaching. Peshlakai also has Bachelors degree from NAU in psychological sciences, with a minor in family studies, and she’s currently working on her PHD, pursuing a Doctor of Education degree.

As part of that work, Peshlakai, an IECT Teacher Fellow, created a Curriculum Unit for the Indigenous Early Childhood Educators Program. The Unit is titled: Indigenizing Early Childhood: Engaging Young Native Minds with a Holistic Approach to Learning. The curriculum incorporates Native American culture with mainstream curriculum, by taking strands of indigenous wisdom and weaving them with strands of Western education.

Peshlakai’s curriculum program centers on indigenous knowledge through place-based stories, circle learning, language acquisition, and traditional teachings that connect Native communities with their traditional spaces and homelands. The Curriculum Unit developed by Peshlakai focuses on the environment, the five senses, and engaging young minds by employing a holistic approach to learning. Peshlakai calls it Nizhònìgo ‘Ajiil’o, or Beautiful Weaving.

Part of the paper explains why using Indigenous learning methods as a way to help Native students better engage with their education is important for young learners.

“What are the benefits of learning this way for young learners?” Peshlakai asked. “A holistic approach to learning engages the whole child.  It includes using all five of their senses, and it also means incorporating all of the child’s communities: their family, their teachers, their fellow students.

Including indigenous teachings, culture and language into a Native child’s curriculum has other benefits as well, said Peshlakai

“Emphasizing to Native students that their culture, worldview and traditional language is relevant and valued, adds to their confidence and desire to learn,” said Peshlakai.

The idea to create the unit, and the idea’s inside the unit, came from Peshlakai’s own educational and family backgrounds.

“I was primarily raised by my grandmother. When I was preschool aged I was with my grandmother the majority of the time,” Peshlakai said. “My grandmother and my aunt are both weavers. When I think about weaving, I think about the loom and the echo it makes in the room. I used to be in her living room and she’d be in her room weaving. It was so quiet that I could hear the loom noise.

“When I was in the room with her, she’d be so busy counting I couldn’t talk to her or she’d lose her place. So, I used to just sit next to her while she counted and did her work. It was a comforting feeling. When I thought about weaving, I wanted the kids to also feel connected to the environment and knowing the feeling of it. There’s more to weaving than just the end-product, the beautiful art-piece displayed on a wall. There’s a lot of background stuff involved too. I discuss all that in the curriculum.”

During Peshlakai’s time as an Education student at NAU, she continuously studied ways to engage the whole child, and she thought back to her own childhood. The theory her teachers were talking about in their classes had a lot in common with the ways Peshlakai had learned as a child, which had been very engaged, hands-on, community- and family-centric.

“I talk about what culture revitalization could look like if we really wanted to bring back the culture and teachings together, and what that would look like in a school setting,” Peshlakai said.

The unit also includes a component of how to incorporate classroom learning with home learning and how parents and grandparents can take part in it too, teaching numbers, colors, shapes and songs.

Earlier this year, Peshlakai began incorporating the ideas set out in her unit into her classroom. In keeping with the heart of the curriculum, the lessons centered around the Navajo practice of weaving a blanket. The students watched some short YouTube videos of the weaver doing different parts of the weaving. As part of the lesson plan, the students drew the shapes they saw the rug designer making, such as diamonds and lightning zig-zags. Students also did paper weaving in Navajo blanket patterns, and mock sheep shearing by shaving whip cream off of paper. Another lesson included the students mimicking the sound patterns the working loom makes. “That one was really cool” Peshlakai said. “That was my favorite one.”

Another day, Peshlakai invited a Navajo weaver to demonstrate the process of preparing the wool, which included how to wash the wool in yucca soap, how to card it, and how to weave on the rug. She also had examples of finished rugs for them to see.

As Peshlakai’s Indigenous-based curriculum matures, she hopes to have her older students do the process themselves, rather than just watch it being done.

“We are so lucky to have Florisa as one of our teachers,” said Penni Case, Page Preschool Director. “She is do dedicated to early childhood development, and having culturally-relevant lessons for our students. She has an innate ability to see thing from the kids’ point of view.” 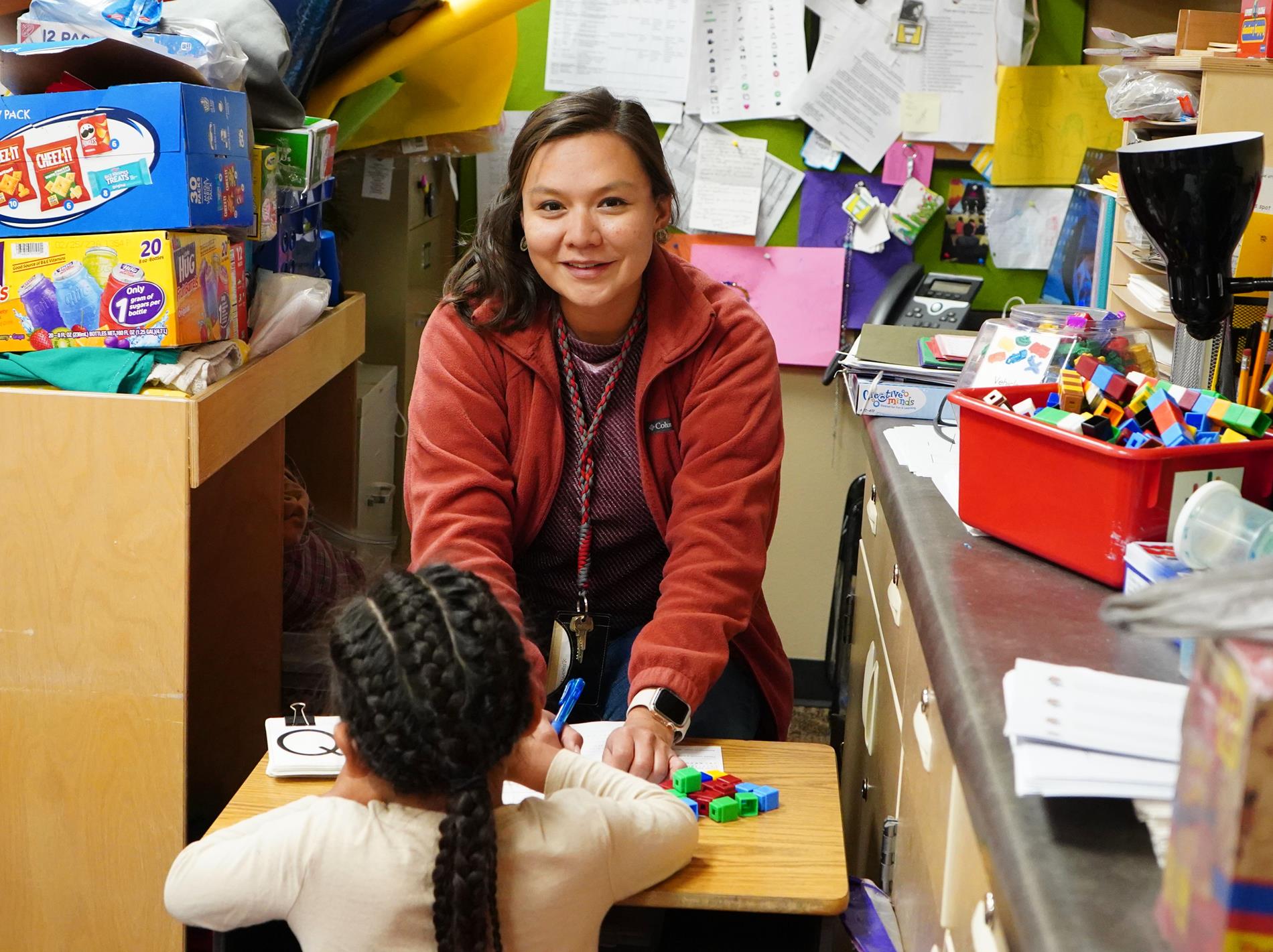 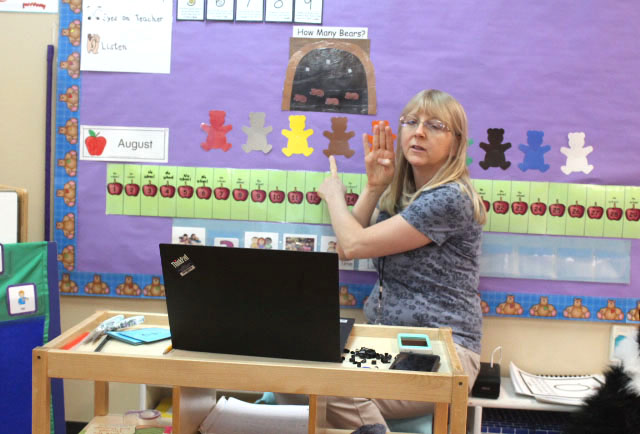 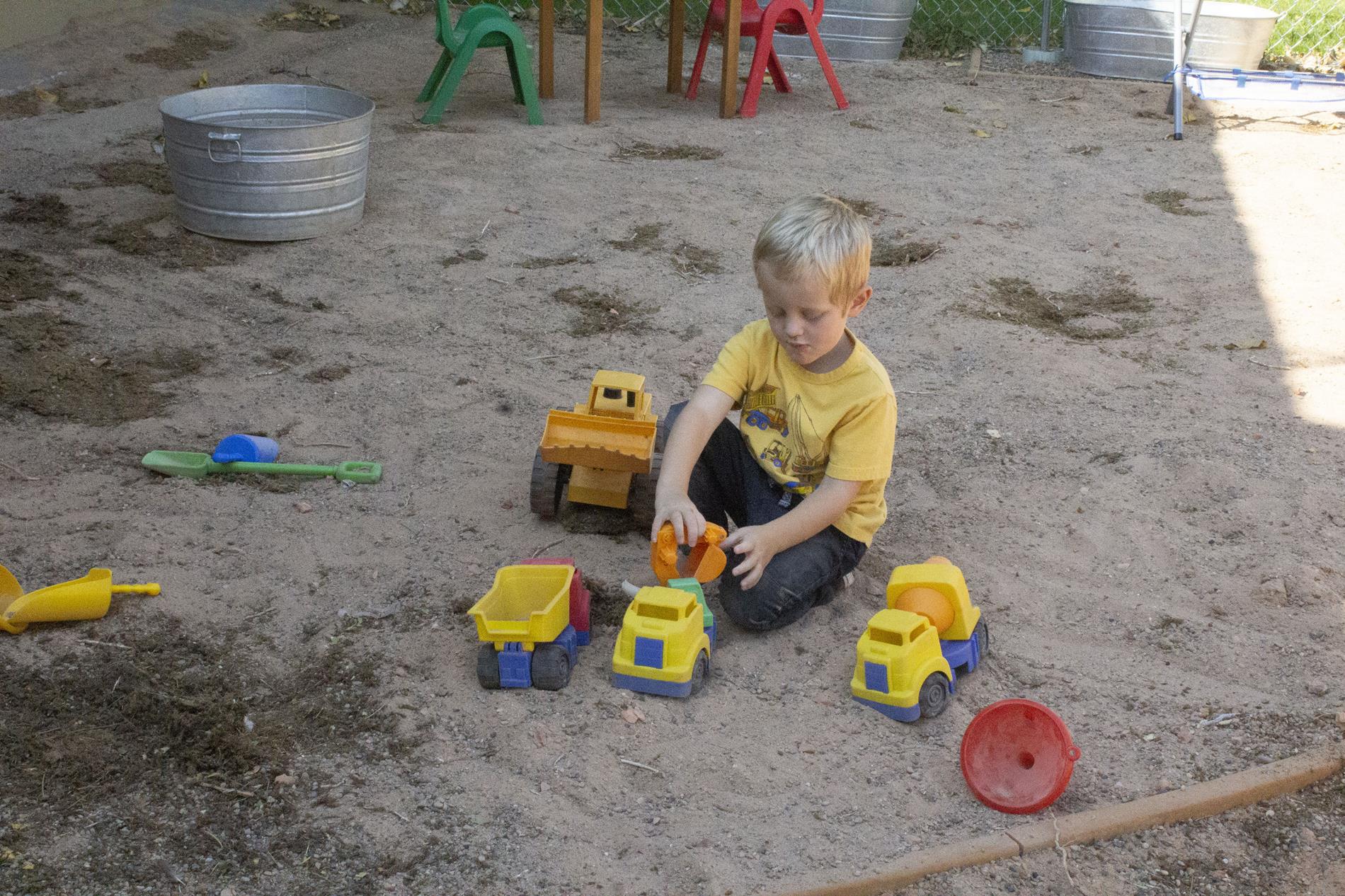 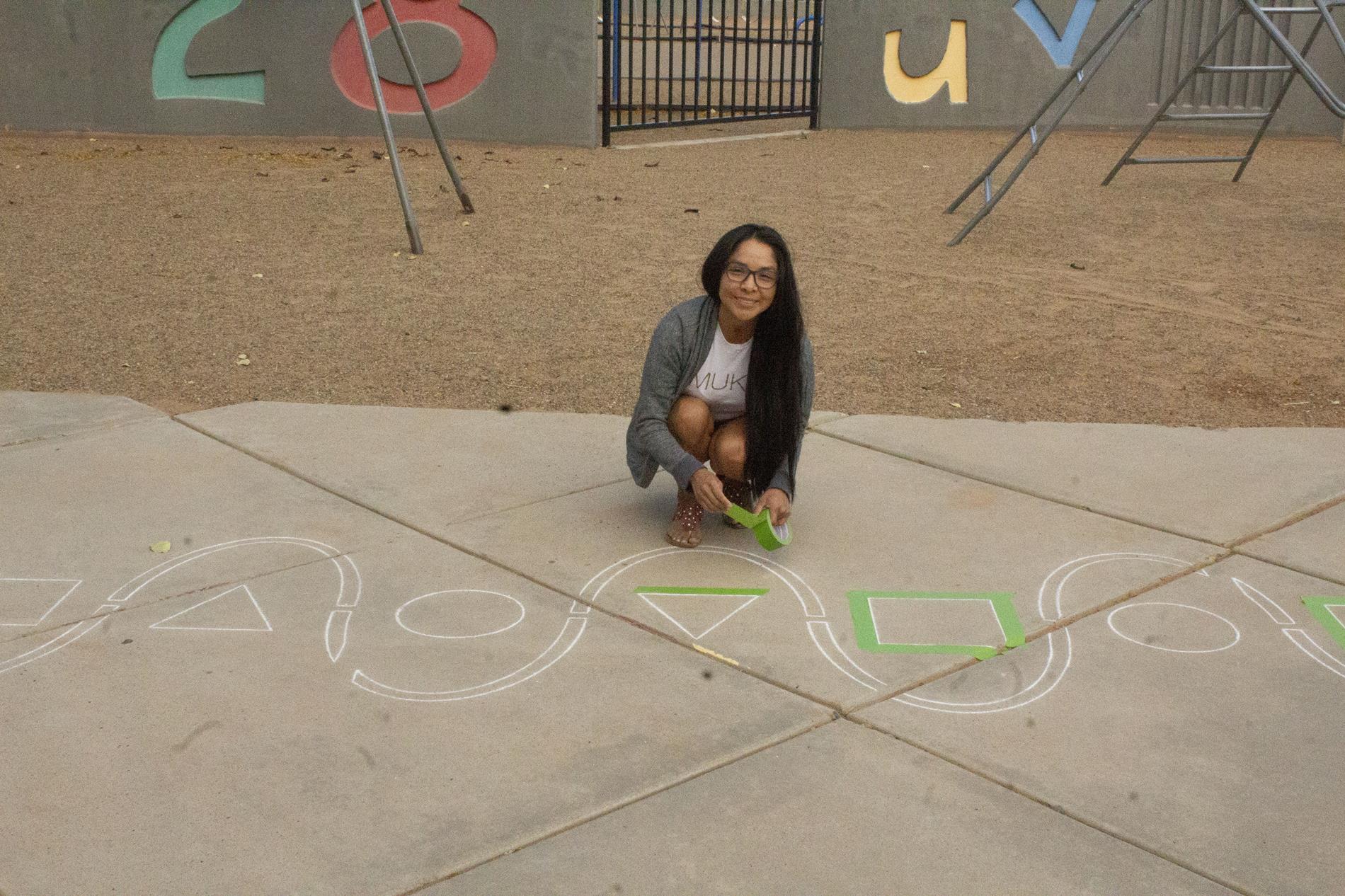 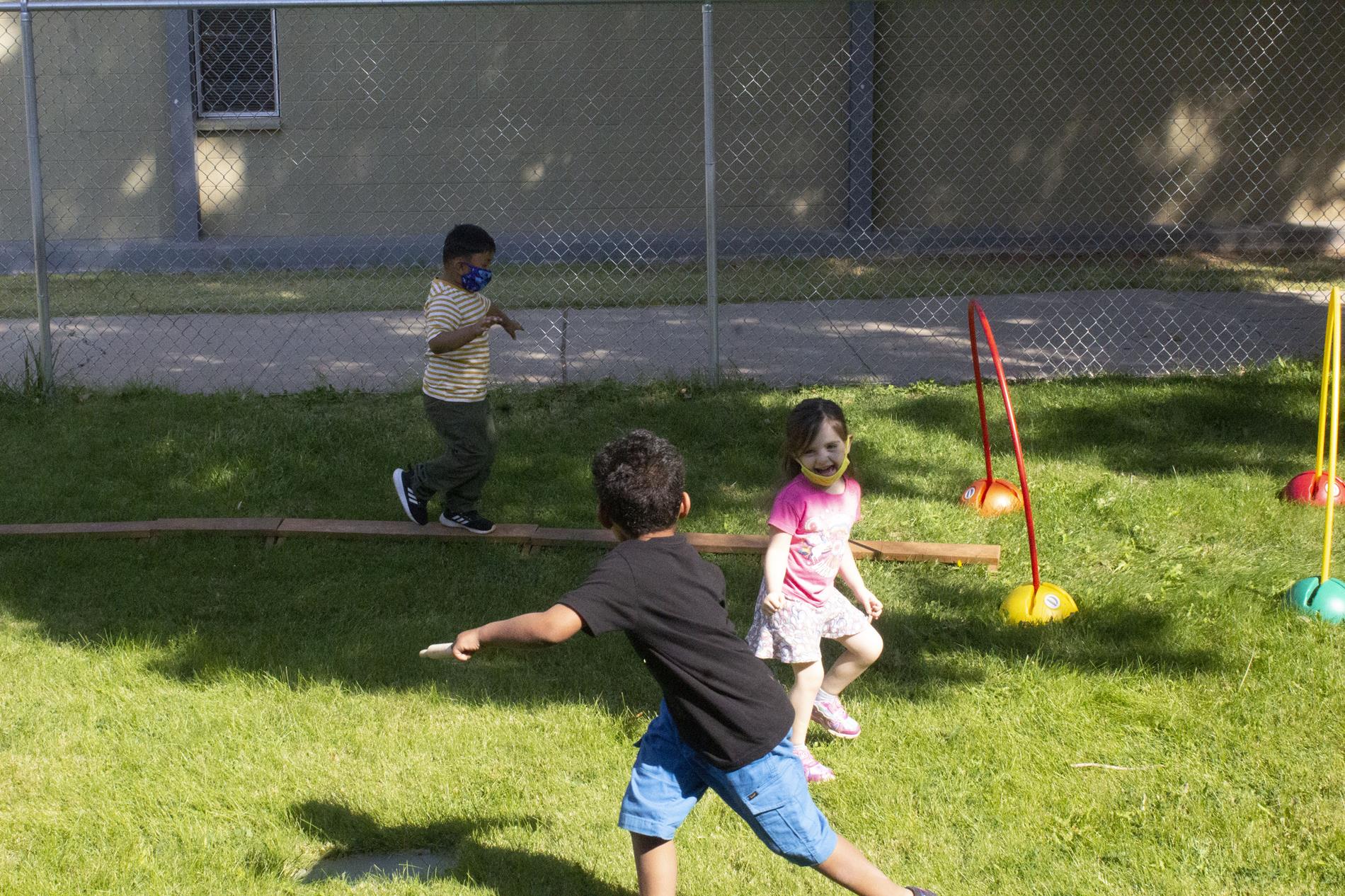 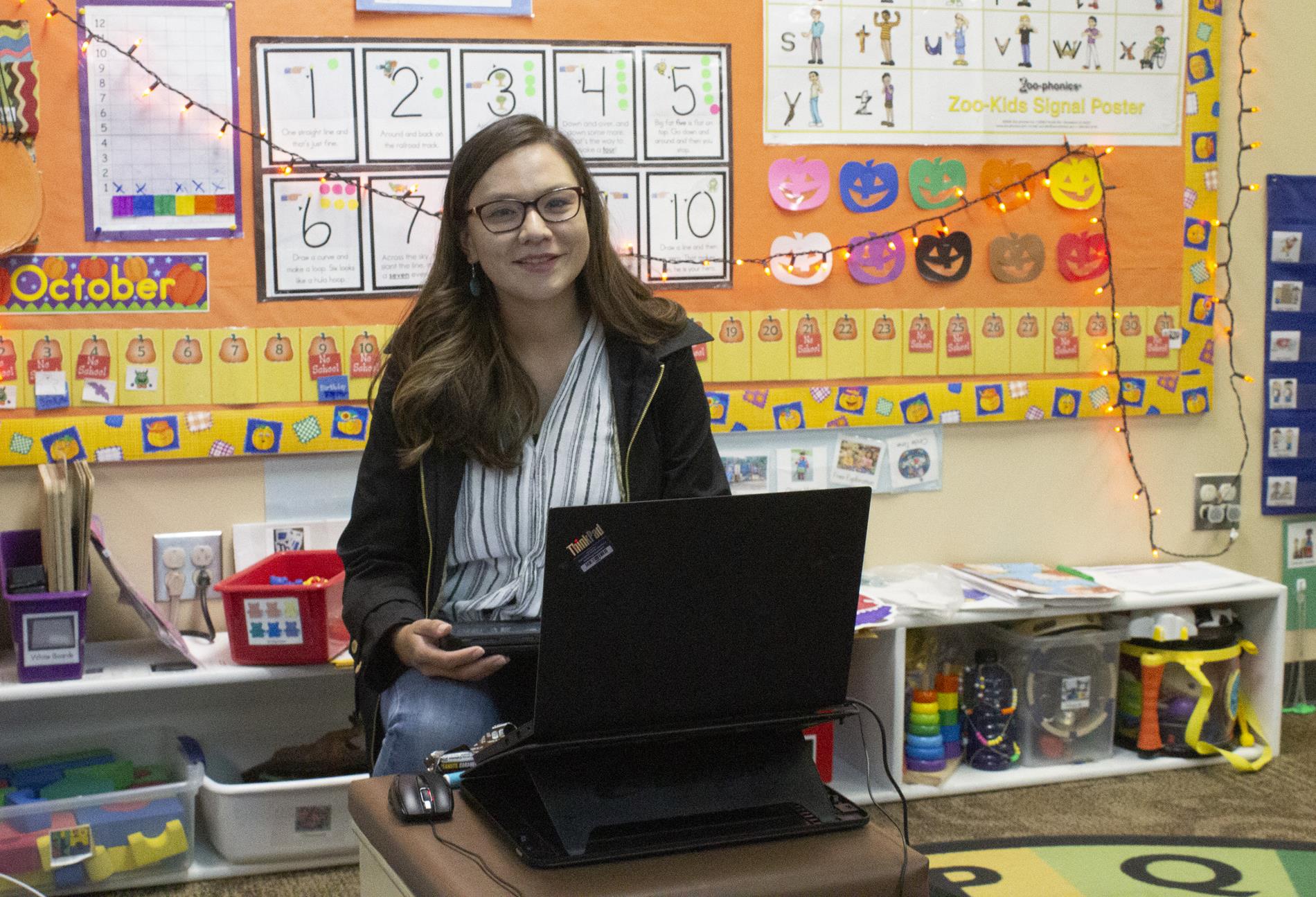 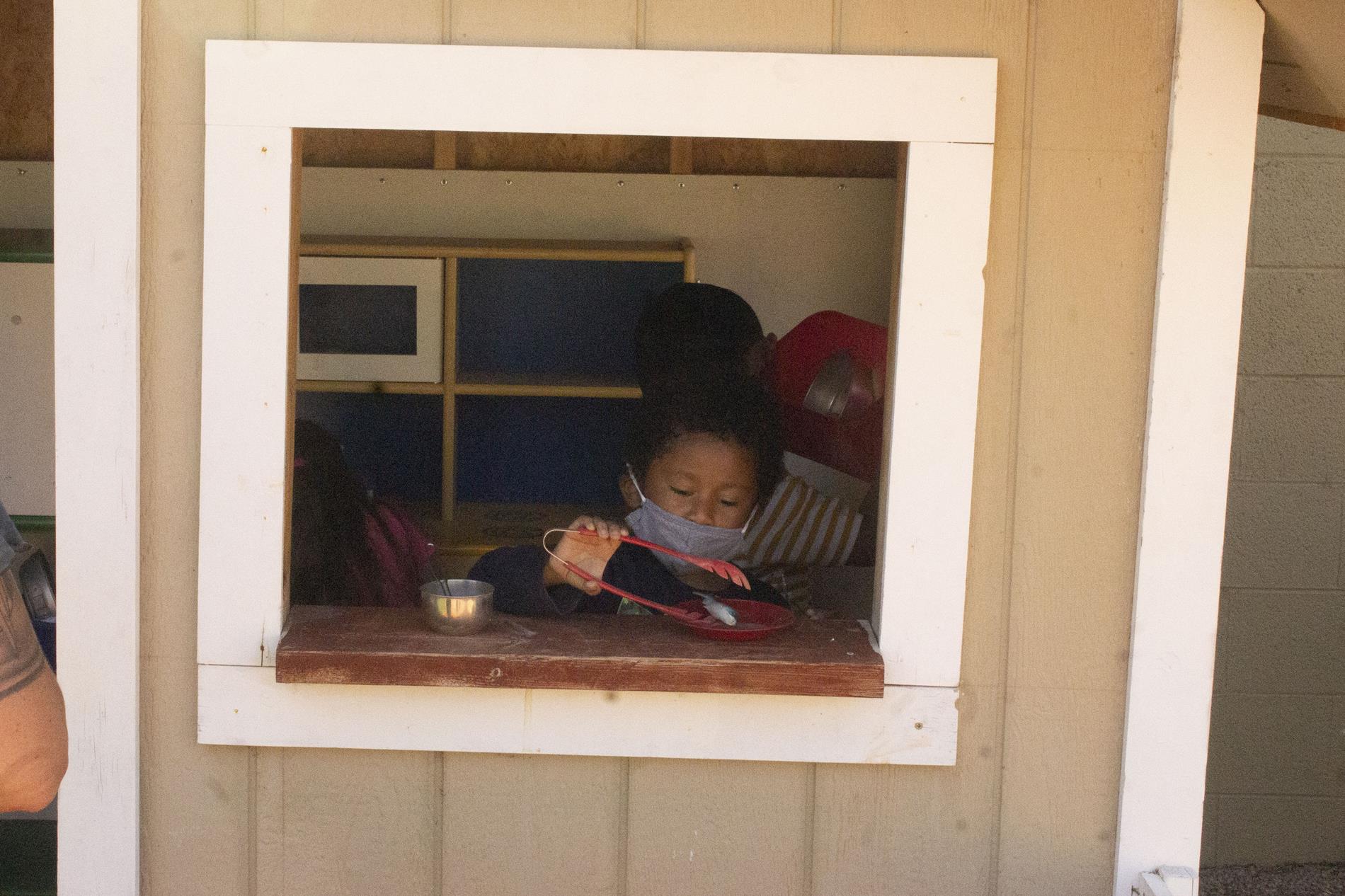 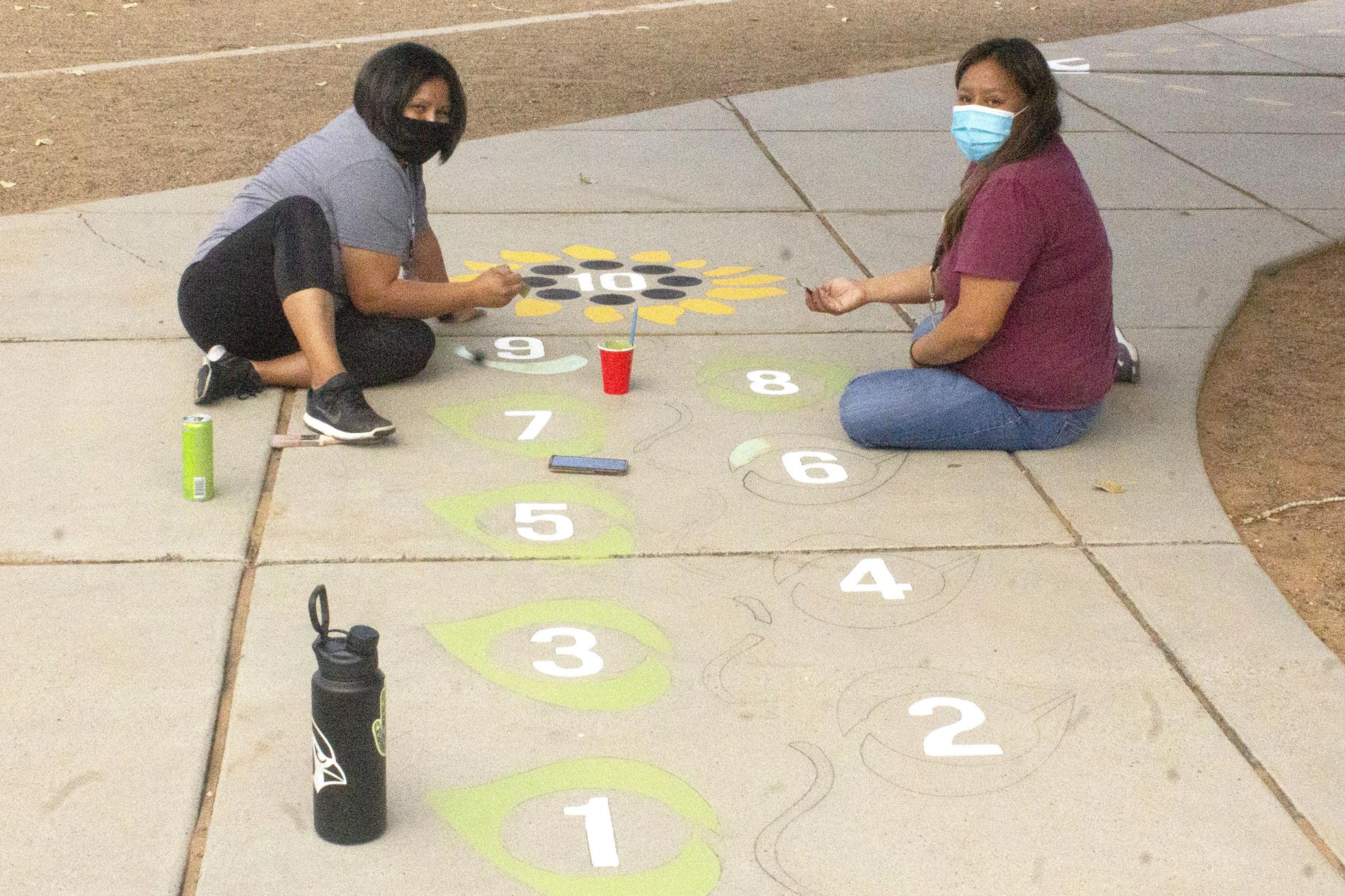 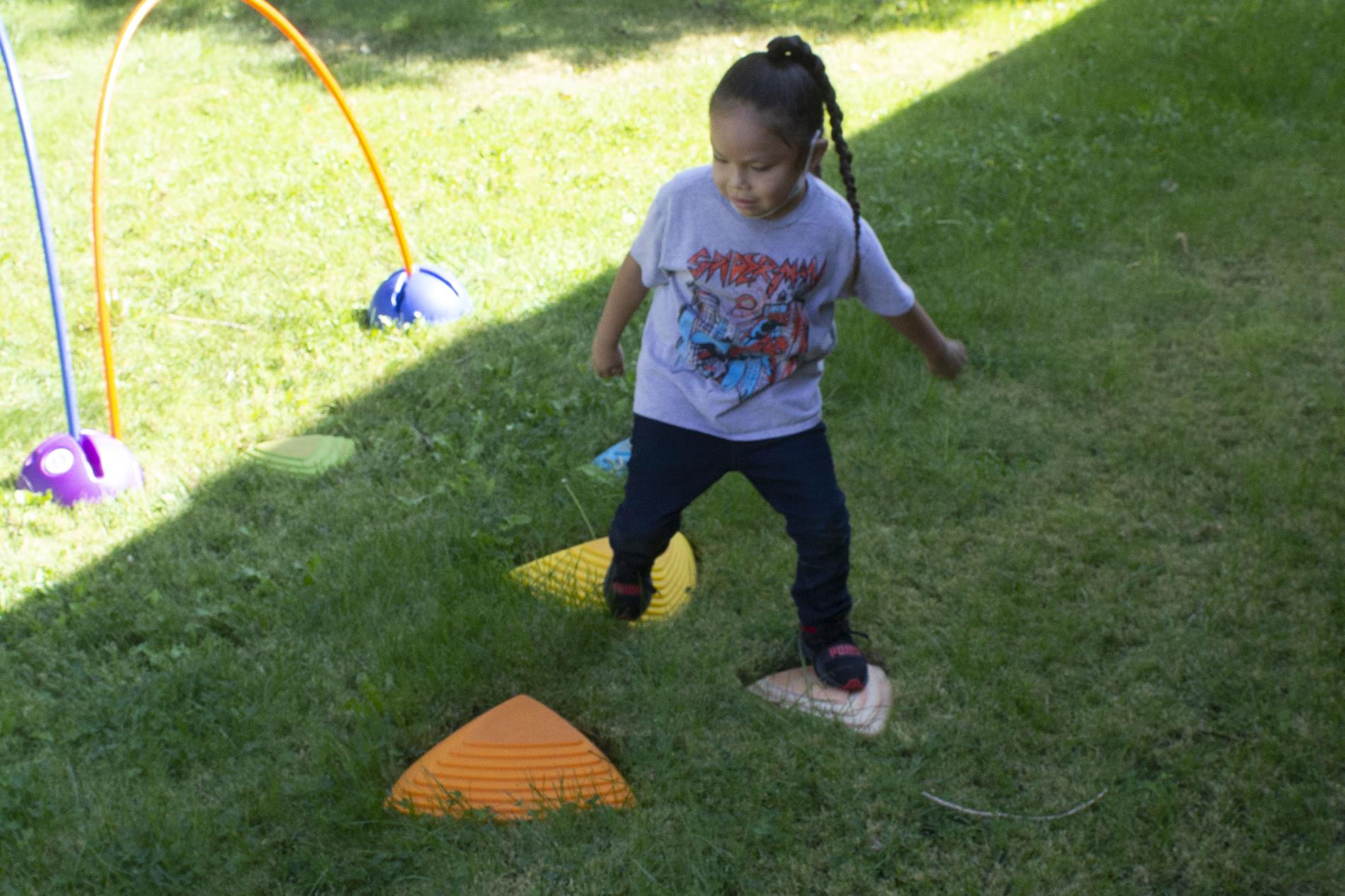 What's going on in our district. 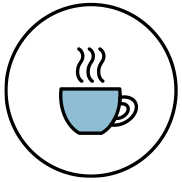 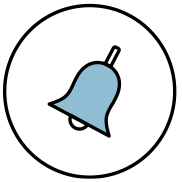 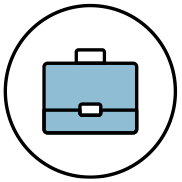 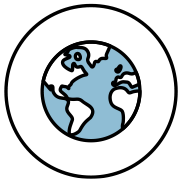 The staff at Page Unified School District Preschool believes that all children have the right to a childhood filled with love, self-worth, trust exploration, discovery, creativity, make-believe and ice cream.  The home is where the opportunities begin.